The HP Prime is a CAS-capable graphing calculator from HP announced in 2013 and released in September of that year.
It features a 3.5", 16-bit color, multi-touch, TFT screen with a 320x240px resolution. 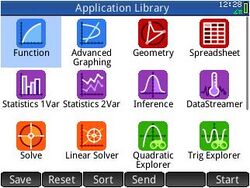 In addition to these apps, there are four more apps of particular interest:

The CAS is based on the open-source XCas engine, a powerful and advanced one, made to operate more like Maple, MATLAB, Mathematica, as opposed to something like the TI-Nspire's CAS, which is made to be "easy"[1] and more direcly intuitive for students.

The HP Prime has 3 classes of commands: HOME, CAS, and Spreadsheet.

For the initial versions: 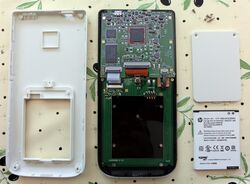 These have been found on the DVT prototype models[2]. Production models may have different components.

No native code (C/ASM...) programming capabilities are offered by default.

HP provides a free Windows version of the HP-Prime software.
No actual emulator (official or third-party) has yet been created.

The HP Prime is mostly sold online, on multiple specialized and general shops. See here for a list of resellers.